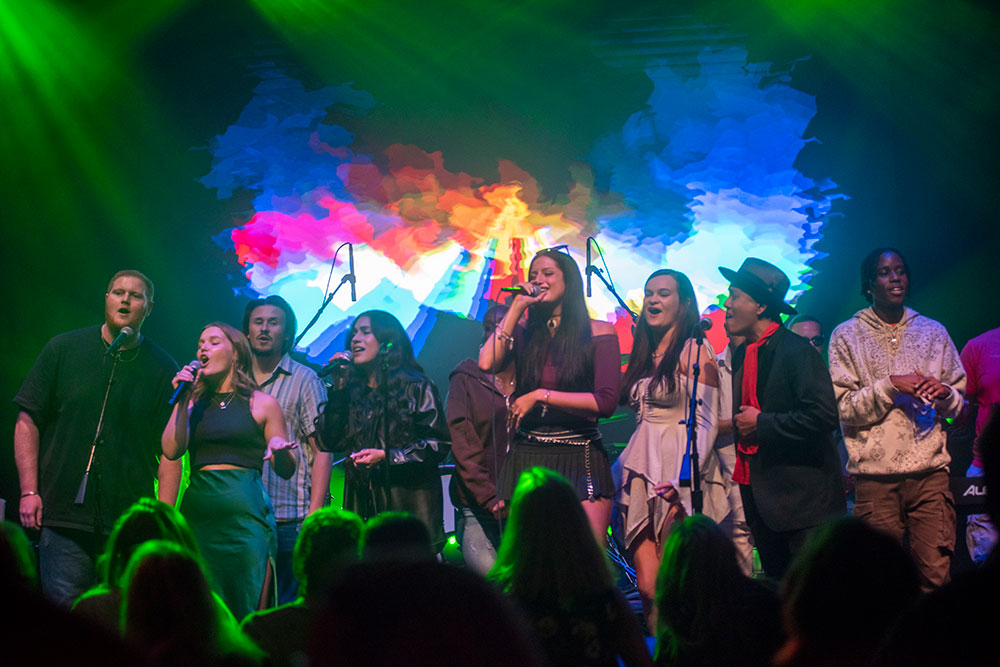 Kennesaw State University’s Joel A. Katz Music and Entertainment Business program (MEBUS) has again caught the attention of Billboard magazine, ranking among the world’s top university music business programs for the fourth time in a row.

In the recently released report on 2022’s Top Music Business Schools, Kennesaw State was ranked among the world’s 38 top music business programs alongside other preeminent programs such as Berklee College of Music, New York University and Abbey Road Institute in London. KSU’s MEBUS program launched in 2010.

“We are honored that a program as young as ours has, once again, been recognized by Billboard,” said Keith Perissi, executive director of the MEBUS program. “From the start, we have been dedicated to creating opportunities to prepare our students for careers in every facet of the entertainment industry. This recognition is an honor for our program, our university, and our program’s namesake, Joel Katz.”

The Billboard ranking is based on entertainment industry recommendations, alumni information and specific program details. In recognizing MEBUS and the other programs, the publication noted, “These are young men and women running all aspects of on-campus record labels, crafting career-launching business plans, engaging in data analysis and benefiting from on-campus speakers who represent the highest levels of the music business, both artists and executives alike.”

Part of the Michael J. Coles College of Business, the 24-credit MEBUS certificate program teaches students to thrive in the fast-paced world of film, television and audio production, as well as in artist, venue, live event management, and entertainment entrepreneurship. In 2020, MEBUS expanded to include an 18-credit undergraduate minor degree.

Billboard praised the MEBUS program for giving  students real-world entertainment experience, specifically highlighting the MEBUS Mixer events held each semester at MadLife Stage and Studios in nearby Woodstock, Ga. During that event, 25 student artists perform on stage for an audience of 250 guests, with MEBUS students managing the planning and execution.

“The mixers are produced by our associate director, Danny Howes, with students assisting in all aspects of the production,” Perissi said. “It’s a way for our student performers, stage managers, promoters and audio-visual producers to learn all aspects of production and stagecraft.”

Mentorship from working professionals is also a critical part of the MEBUS program. Courses are taught by entertainment industry executives, professional actors and Grammy Award-winning recording artists and producers. Among the faculty are MadLife’s production manager and chief engineer Steven Morrison, who teaches audio production at the venue, and attorney Amy Oraefo, who leads a course on entertainment industry law. MEBUS students are also working with the Coles College Office of the Dean to produce a new podcast project.

“The experiences that come along with being a part of this program are one in a million,” said MEBUS student Sammy Fodroczi. “It is such a gift to be able to step directly into the industry alongside so many insanely talented professionals and gain valuable knowledge from them. The opportunities that come through this program have prepared me for so many amazing jobs in the music and entertainment business, and I feel like this program has been one of the greatest investments I have made for my future.”

The MEBUS program continues to grow each year as partnerships with the entertainment industry create opportunities for students and as the new minor degree in music and entertainment business opens the program to a wider range of students.

“We are proud to be an interdisciplinary program,” Perissi said. “Entertainment touches all majors and disciplines. In that way, we are a microcosm of the entertainment industry.”

A leader in innovative teaching and learning, Kennesaw State University offers undergraduate, graduate and doctoral degrees to its more than 43,000 students. Kennesaw State is a member of the University System of Georgia with 11 academic colleges. The university’s vibrant campus culture, diverse population, strong global ties and entrepreneurial spirit draw students from throughout the country and the world. Kennesaw State is a Carnegie-designated doctoral research institution (R2), placing it among an elite group of only 7 percent of U.S. colleges and universities with an R1 or R2 status. For more information, visit kennesaw.edu.